1. Static Equilibrium
stat·ic -- from the Greek word “statikos” which means “to stand”
e·qui·lib·ri·um -- from the Latin words meaning “equal balance”

In a Physics setting, an object that is in Static Equilibrium is: 1) not moving, and 2) all the forces acting on it are balanced. What this means is that there is no Net Force acting on the object. As you know by now, the motion of the object will not change. The object will stay at rest. 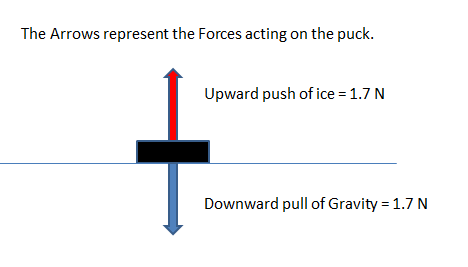 If the breaking force on a chair is 1200 N and two people whose weight is 1400 N sit in it together, the chair will obviously break. The overall force on the people is 1400 N down and 1200 N up, giving a net force of 200 N down. When the chair breaks, they accelerate down! 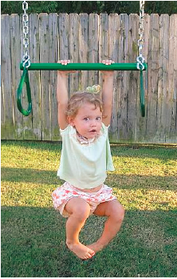 Picture yourself hanging from a trapeze. If there are two ropes supporting you, each will support one half of your weight. Three ropes would each support a third your weight.

What would the tension on two ropes be if they were not vertical? What if the ropes were at an angle to the trapeze bar? Would they still support you? 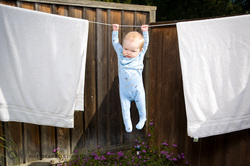 Picture a weight being supported by a horizontal rope. The weight is being pulled down. For it to stay at rest all the forces on it must be balanced. That means that if there is a force down (the object’s weight), there must also be a force up. This upward force must come from the rope. For a rope to have an upward force, it must pull in the “up” direction, even a little bit. Therefore, the rope must sag a little bit to support the weight. If it doesn’t, there is no upward force, the forces are not balanced and the object goes down!

Next time you go up some stairs, listen. You will hear them creak. That is because they are sagging so that they can support your weight. Look at the bridges you go across and under on the way home from school. How many are truly straight across? 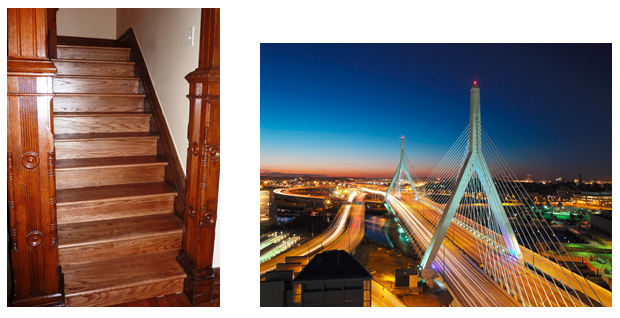 Let’s look again at our hockey puck. The only difference between this Free Body Diagram and the static hockey puck is that this puck is moving (to the right) at a constant speed. But, motion is not a force! Weight is still present, the normal force is still present, are there any other forces? No! If the ice is reeeeaaaaalllllly smooth and friction is so small that it can be ignored, the puck will maintain its state of motion. That’s right, it will go on forever! 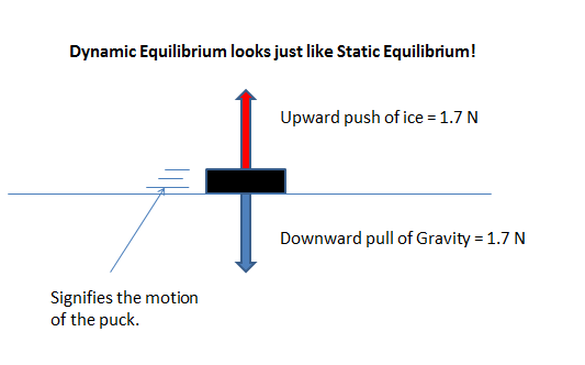 2.4 Review Questions
Back to Top
Powered by