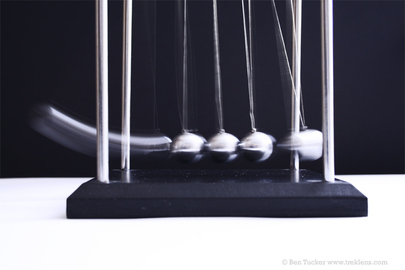 When an object is moving, the energy that it has is called Kinetic Energy (KE). The properties that determine how much KE an object has are mass and velocity. It is not as simple a relationship as for gravitational potential. Where the energy, mass, and height were all directly related for PE, that is not true for KE. The kinetic energy is directly proportional to the mass. If an object is twice as massive, it will have twice the KE when going a constant speed. The relationship between KE and the velocity is a square proportion. That means if the velocity is doubled, the amount of kinetic energy the object has is now FOUR times what it was before. Kinetic Energy is defined mathematically as:

The unit of mass is the Kg and v^2 is m^2/s^2, therefore the unit of kinetic energy is the Kg·m^2/s^2 or the Kg·m/s^2·m, which is a Joule (J). All energies can be described in Joules. Remember, knowing the units helps you see the relationship between the variables! 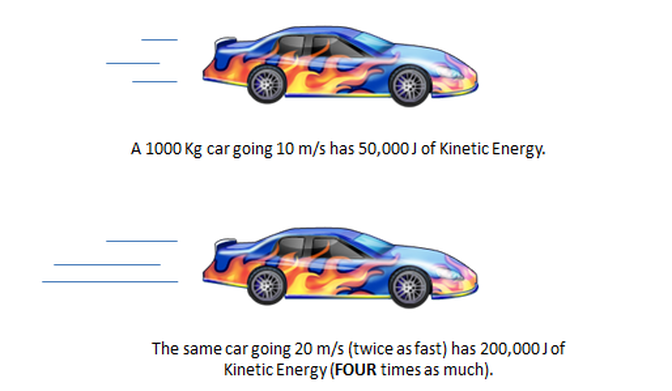 5.3 Review Questions
Back to Top
Powered by