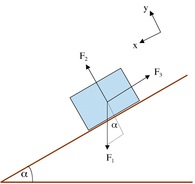 The Free Body Diagram (FBD) is an excellent tool for analyzing the forces act­ing on an object. A well drawn, carefully analyzed FBD will yield the Net Force act­ing on the object and this is the key to determining how the motion of the object will change.

Example 1: A 20 kg crate sits at rest on a level surface. A warehouse worker then pushes the box to the right with a force of 60 N. As it slides, it encounters a frictional force of 20 N. What is the acceleration of the box?

Analysis – It is the NET force that causes the object to accelerate. Since we know the mass of this object, if we determine the net force, we can calculate the acceleration. 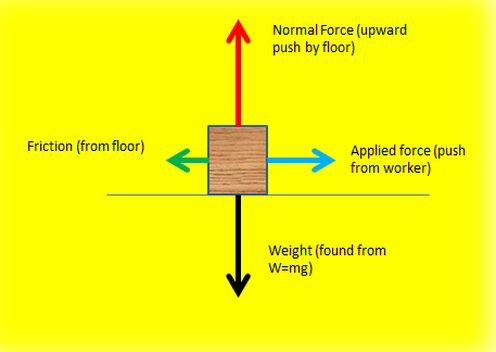 Step 2 – Record the magnitudes of the forces. In this case we are given the magnitudes of the push and of friction so we can record those directly. Next we can calcu­late the weight (Weight = mg). Finally, the crate had initially been sitting on the level surface so we know that that forces acting on it at the time (Weight and Normal force) had to be balanced. Therefore, Normal Force = Weight. 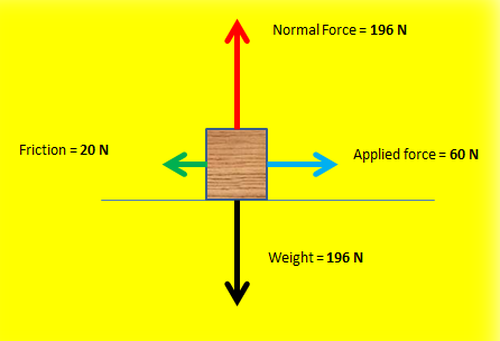 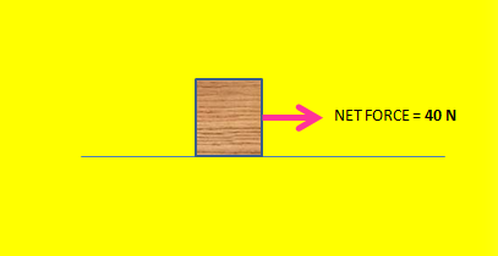 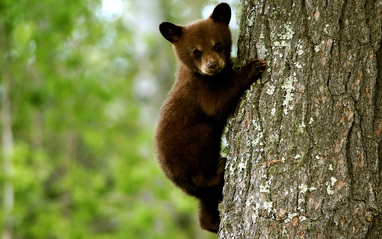 Example 2: A 150 kg Black Bear slides down the side of a tree. Friction is definitely present. He accelerates downward at a rate of 4.5 m/s/s. What is the force of friction acting on the bear?

Step 2 – Draw Free Body Diagram. Label the Forces.
There are only TWO forces acting on the bear – weight (downward) and friction (upward). The bear is accelerating downward.  What does that mean?  It means that WEIGHT > FRICTION.  How much greater? 675 N greater. 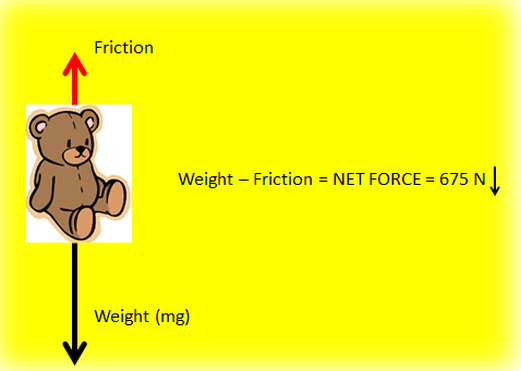 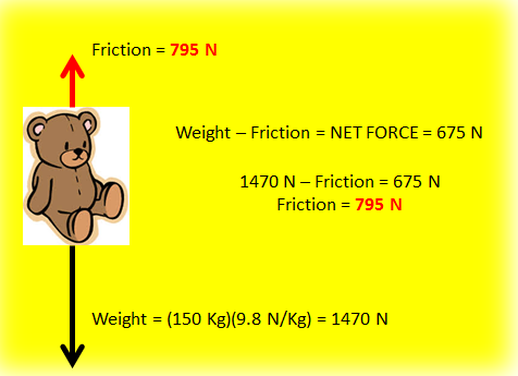 The friction force is 675 N less than the weight.
4.3 Review Questions
Back to Top
Powered by