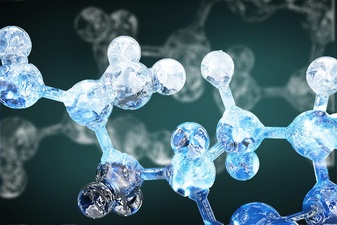 The alkali metals all need to lose one electron to become more stable.  If they have lost that electron, they have a 1+ charge.  The valence number of the alkalis is 1+.  The rest of the families follow the same pattern: 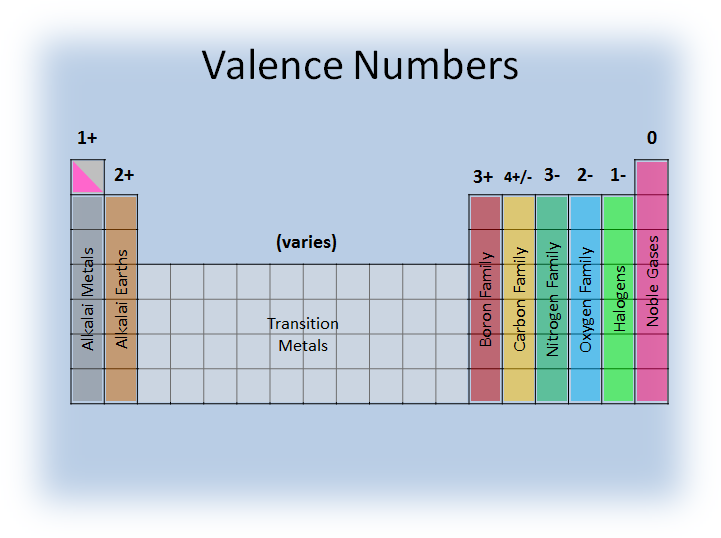 Click or tap for larger image.
It is very important to remember that when an atom loses electrons it becomes more positive.  When it gains electrons, it is more negative.  Since members of the oxygen family need to gain to two electrons, their valence number is 2-.

Since many atoms lose electrons to be stable while others gain electrons, molecules are created that are energetically more stable than the individual atoms.  As an example, the valence number of sodium is 1+ (It needs to lose that one valence electron.)  The valence number of chlorine is 1- (It needs to gain one more electron to be full.)  When Na and Cl meet, it is a perfect match.  The Na gives its one valence electron to the Cl.  Since they are both ions of opposite charge now, they stay next to each other as a molecule of NaCl (table salt).

The valence number of hydrogen is 1+ while oxygen is 2-.  If one hydrogen atom were to bond with one oxygen atom, the H would be stable.  But, the O would not be stable.  It needs two extra electrons not just one.  Therefore, for every one O atom, there needs to be two H atoms to make them all more stable.  The molecular formula of 2 H and 1 O bonded is H2O.

The valence number of aluminum is 3+ while fluorine is 1-.  You need three fluorine atoms to make one aluminum atom stable. The formula for one Al and three F is AlF3.