Levers come in three different classes. They are appropriately named first, sec­ond, and third class.  Even though there are three classes, all levers have common traits.

Five basic parts:
They are classified by arrangement in which the fulcrum, effort force and load force are found. 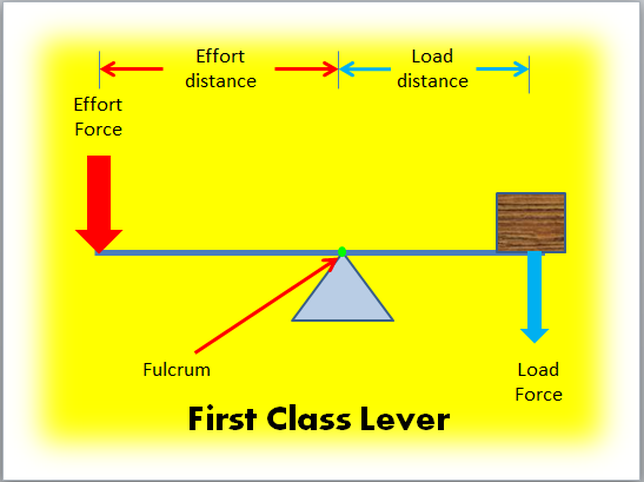 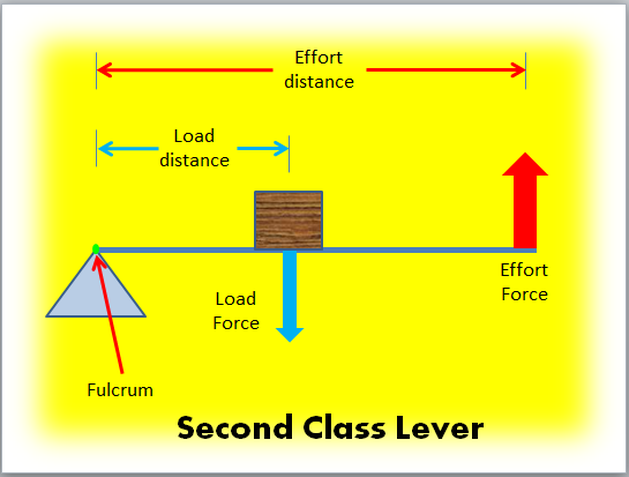 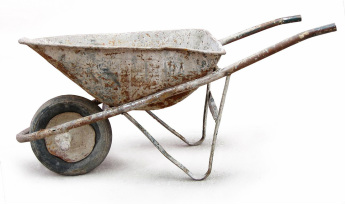 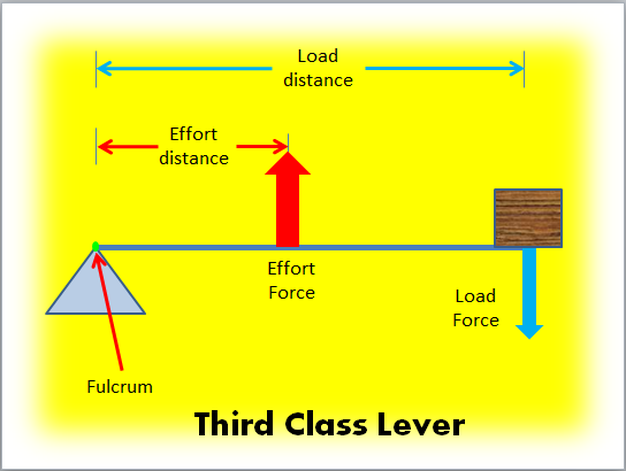 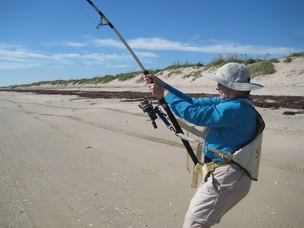 An example of a third class lever would be a fishing rod. The end of the rod handle is the spot that doesn’t move, so that’s the fulcrum. She applies the effort force where her hands are. The load force is the weight of the fish at the end of the line. When casting, the angler moves her hands a small distance with a large force. This makes the end of the rod go a longer distance and it therefore is going a faster speed. The faster the rod is going, the further the bait goes on a cast. 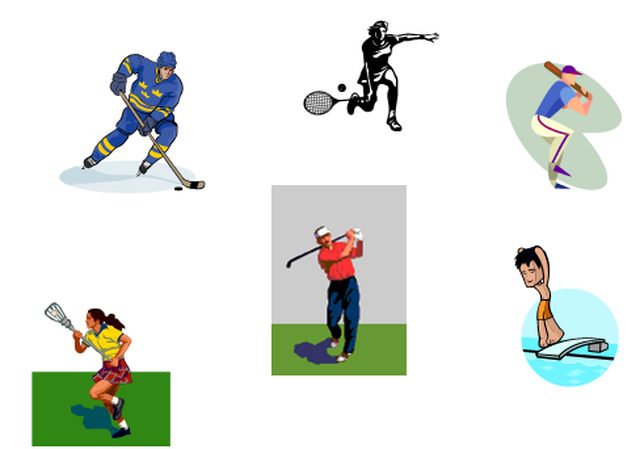