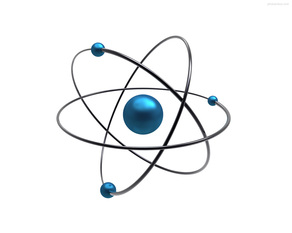 Since the number of protons in an atom cannot change, an isotope is an atom that has a different number of neutrons than usual.  Neutrons have no charge and so they only affect the mass of the atom.  They make an atom more/less heavy.  An isotope is nothing more than a fat or skinny atom.

Isotopes are very common. As an example, most of the atoms that make up carbon have six neutrons in their nucleus.  There are some atoms of carbon that have only five neutrons, giving it an atomic mass of 11, not 12 as seen on the periodic table.  There are other isotopes of carbon that have a mass of 13 and 14.  For the most part in chemistry, isotopes do not affect things.  You cannot tell the difference if the hydrogen that is making up your glass of water has a mass of one (like normal) or two (with an extra neutron). They react and taste exactly the same.

Isotopes do become important in nuclear reactions. Nuclear chemistry is the study of reactions at the nucleus of the atom.  Electrons don’t matter here, only protons and neutrons.  Nuclear chemists are the ones that try to split and fuse atoms.  Nuclearly, an isotope may be less stable than the “normal” atom.  Given enough energy, the isotope may be able to be broken apart.  When that happens, even more energy is produced in the form of a nuclear explosion.  Nuclear power plants use an isotope of Ura­nium as their power source (It is called U-235.)