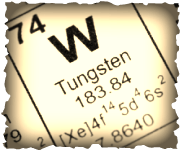 The boxes on the periodic table of the elements tell you more than you would think about individual elements.  From the boxes on the table, you instantly know how many protons, neutrons and electrons a neutral atom has.  By its symbol, you know its name.  You should not have to memorize the periodic table.  You will be using it enough that by the end of the term you will pretty much know at least the first twenty elements well.

On the periodic table, three pieces of information are given to you.  Let’s take iron as our example.  If you look on your periodic table you may see something that looks like this: 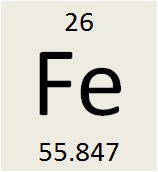 The symbol, Fe, is the accepted symbol for iron.  Many of the symbols for elements will make sense to you because they are abbreviations for the English name of that element.  Examples are hydrogen (H), helium (He), oxygen (O), and neon (Ne).  Other elements symbols may come from another language.  Tungsten is (W) because in German it was called Wolfram.  Many symbols come from the Latin name for the element.  Gold (Au) is Auric.  Lead (Pb) is Plumbum while silver (Ag) is Argentums.  Whenever possible, you will be given both the symbol and the name of the element. 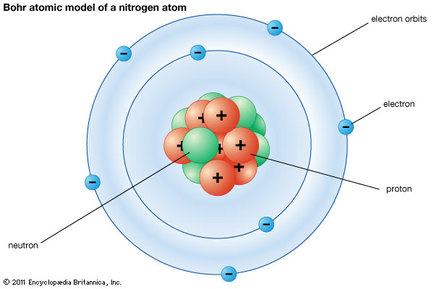 Atoms, when alone are considered electrically neutral.  This means that there is no positive or negative charge on the entire atom.  Since protons are positively charged, there must be an equal number of electrons (negative charges) in a neutral atom.  This means that if iron has 26 protons (atomic number 26), its neutral state would also have 26 electrons.
The number at the bottom-right of the symbol, 55.847, is called the atomic mass.  (Some textbooks also use the term atomic weight).  The atomic mass is the mass of the nucleus of the atom.  The mass of the electrons is not added to the atomic mass.  Why?  The mass of the electron is 1/2000 the mass of a proton so it is negligible compared to the mass of a proton.

Both the proton and the neutron have an atomic mass of 1.  If that is true, how could iron have a total mass of 55.847?  The answer is somewhat involved but the short answer is that the atomic mass given on the periodic table tells you more about the atom than just the number of protons and neutrons.  We will discuss the decimal part of the number when we get to isotopes.  Right now, all you need do is round off the atomic mass to the nearest whole number. 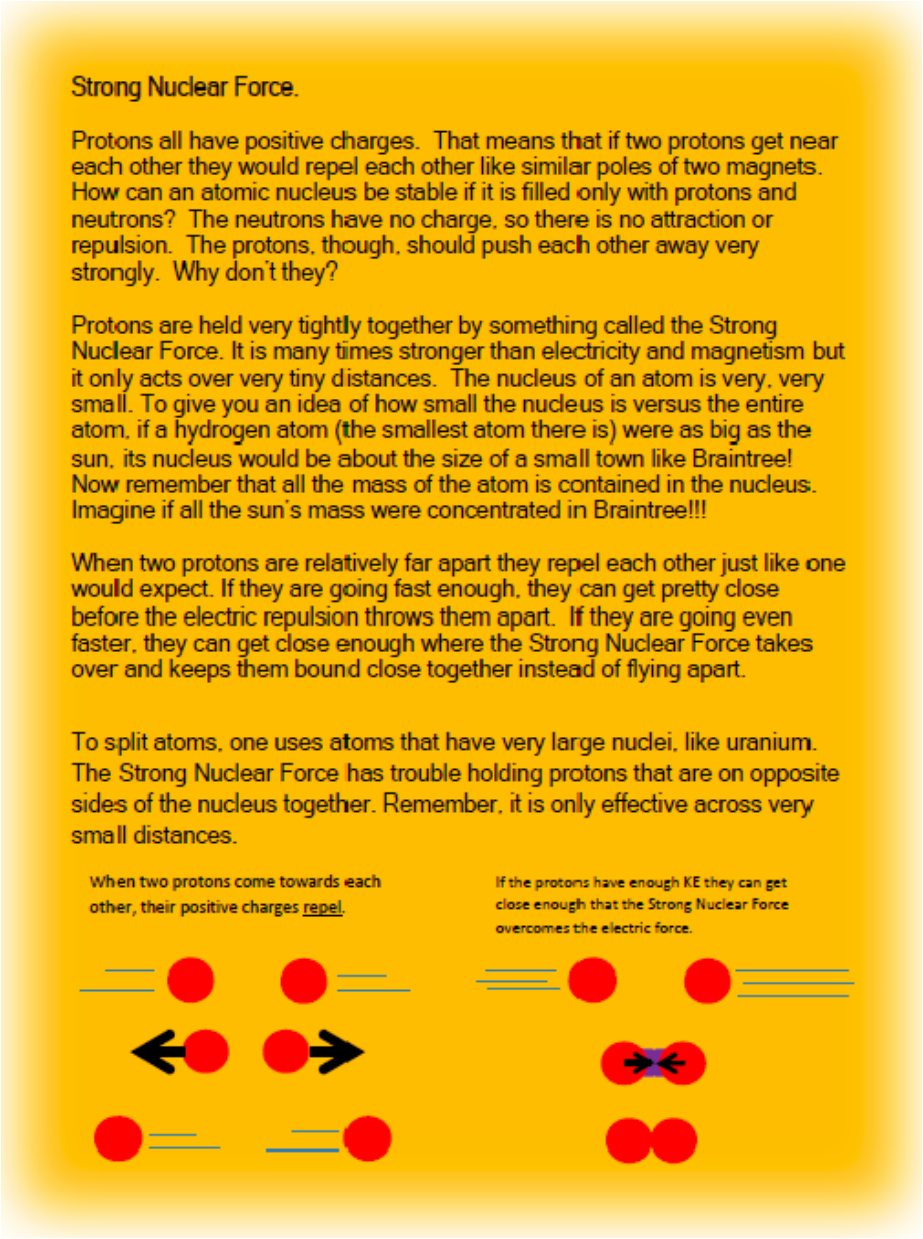