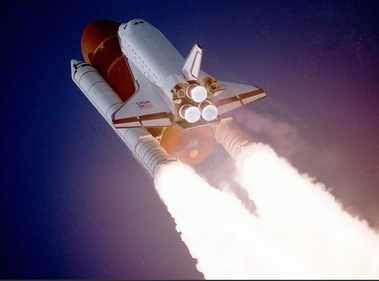 With Newton’s First and Second Laws of Motion, we have discussed how things act when no forces act on them and when they do. Newton’s Third Law of Motion talks about how forces are applied.

Many people have heard the saying that, “ For every action there is an equal and opposite reaction.” Although correct, this definition is not precise enough. A better statement is:

For every force applied to an object, there is another force applied by that object, equal in magnitude and opposite in direction.
The concept of static forces comes as a result of Newton’s Third Law. Whenever a force is applied, there must be two objects and they are both affected by the interac­tion. The size of the forces are the same, their directions are opposite. This is best explained by an example.

A 300 Kg golf cart at rest is hit by a 2500 Kg truck going 15 m/s, East. Obviously, the golf cart will speed up;  it will accelerate East. The truck will slow down. Since it slows, the net force on the truck must have been in the direction opposite to its motion- West. When both objects collided they each experienced a force.  The same force that caused the golf cart to speed up slowed the pickup truck down. 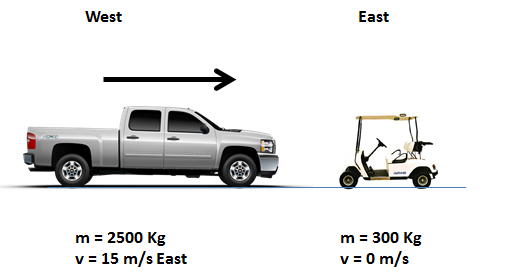 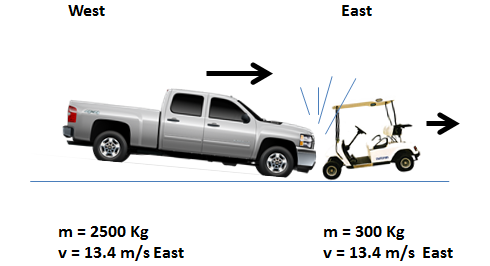 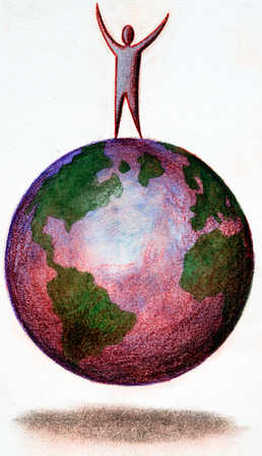 Right now you are being pulled down towards the earth because of gravity. If you trip and fall, the earth pulls you down at a rate of 9.8 m/s/s. Does this also mean that you are pulling the earth up? Yes! Both you and Earth experience the same sized force, but in opposite directions. Why don’t we see the earth come flying up towards you? The forces are the same, but the masses are very different.

Using our example of stopping a bike or a truck that are going the same speed, if the force applied is the same, the change in motion of each object will be very differ­ent. The bike will accelerate (remember things can have negative accelerations, too) a great deal more than the truck. This is because the truck has a great deal more mass.

If a truck and a bike collide, the force of the collision is the same for both of them (according to Newton’s Third Law). According to Newton’s Second Law of, the change in motion of an object is inversely dependent on its mass- the greater the mass, the smaller the acceleration. This means that the truck (big M) will have a small ac­celeration and the bike (small m) will have a great acceleration. 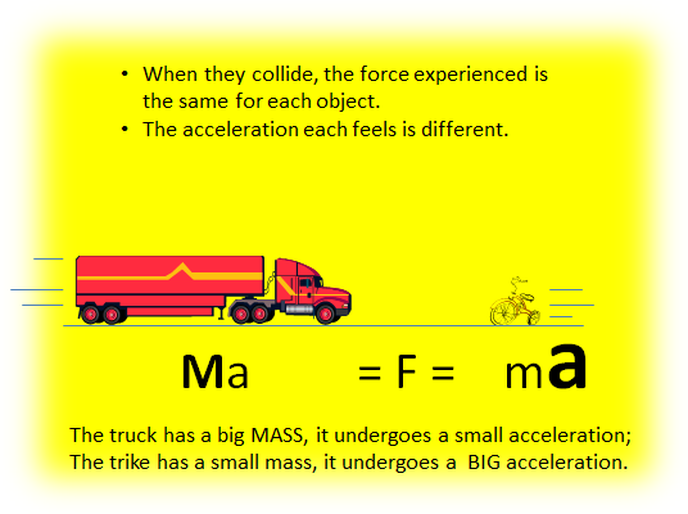 4.6 Review Questions
Back to Top 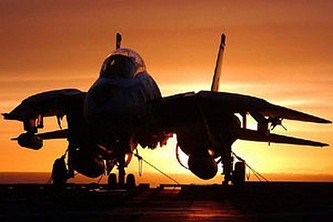 PULLING “g”s
If you have ever watched a movie about flying (Top Gun, The Right Stuff, etc.), you have probably heard the term “pulling g’s”. (Like when Mav­erick talks to Goose about pulling a ‘4- g turn’ while in a dog fight). What does this mean anyway?

Think of it this way...say you stand on a scale and the scale reads 150 lbs. That is the force of the earth’s gravity (1 g) acting on your body. Now say you are standing on the scale but you are in an elevator. When the doors close and you start to accelerate upward, does the scale still read 150 lbs.? Does it read more? Less? 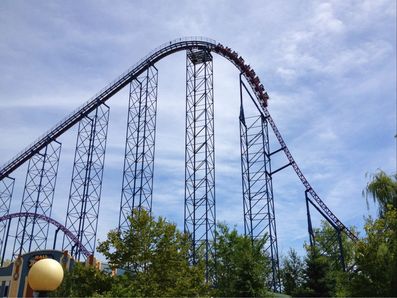 Now picture yourself at the top floor in the elevator. When the elevator is not moving, the scale will once again read 150 lbs. You then hit the down button and the elevator floor drops from beneath your feet. What will the scale read then?

If you have ever ridden on some of the “thrill” rides at an amusement park, you have experienced the same type of “g forces” that fighter pilots deal with all the time (although not nearly as extreme). Picture yourself at the crest of the first hill of the “Thunder Coaster”. Now try and picture a bathroom scale wedged between your bottom and the seat. As the car accelerates down the hill, what type of feeling do you get in the pit of your stomach? Will the bathroom scale be showing your true weight? What about when you reach the bottom of the first hill (and begin to move into a 360° loop), will the scale be showing your true weight? No, it would read about three times your normal weight! 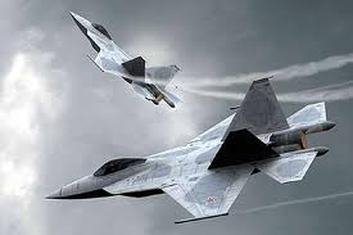 Remember from Newton’s First Law that a body in motion tends to stay in motion in a straight line until acted upon by an outside, unbalanced force. Also from Newton’s Second Law that the greater the force you apply to a mass, the more it will accelerate. Well, the human body can only withstand a finite amount of ac­celeration before bad things start to happen to it.

Fighter jets travel at very high speeds and they are designed to start, stop, and turn very quickly. This subjects the pilots to extreme accelerations. Studies have shown that highly trained fighter pilots can with­stand forces of up to 9 g’s before they start to lose control. The blood in their legs and torso cannot be pumped upward against the g forces, so their brains become starved for oxygen and they black out. Not a good thing to have happen when you are traveling 700 mph at 15,000 feet.

Fighter pilots now wear special “G-suits” to help keep them from blacking out under high g maneuvers. Sensors within the suit can detect when the plane is entering a high g turn. It then gradually contracts around the pilot’s legs, forcing the blood out of the legs and upward towards the vital organs and brain, where it is needed. You don’t need to worry about this at an amusement park however. The most force you can expect to experience is about 4 g’s on rides like “Bizzaro" at Six Flags in Agawam.