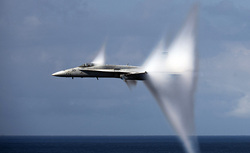 By definition, speed is the rate at which an object’s distance changes from a given location. It is a comparison between the change of distance a moving object has to the time it took to move.

As an example, a student lives 20 kilometers from Thayer. It takes her a half hour to get to school in the morning. Her average speed is the comparison between the distance covered and the time that it took. That is, 20 Km/0.5 hr = 40 Km/hr. Al­though any unit of distance divided by any unit of time would be a unit of speed, the accepted base unit of speed is meters/second (m/s). 40 Km/hr is an average speed of 11 m/s. Is that fast or slow? 40 Km/hr is 24 miles per hour

Realistically, you can never know her speed at any one instant of time. Speed can only be determined during a length of time. If we make that length of time small enough, it can be considered an instant. The speed calculated during a small length of time is called the instantaneous speed. 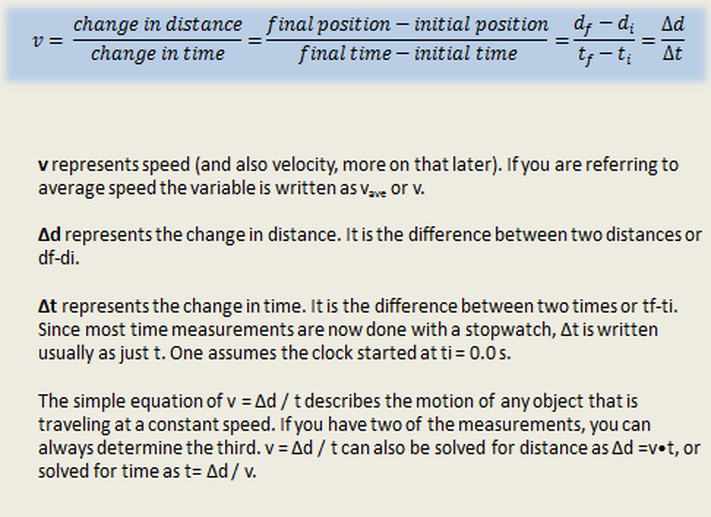 Let's walk through some problem-solving techniques:

How Fast is Fast? 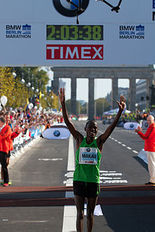 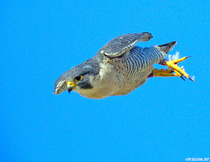 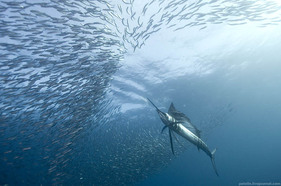 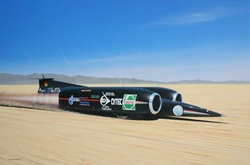 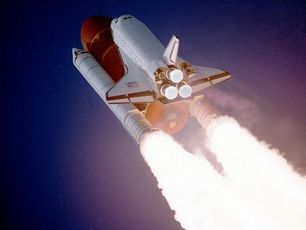