Mathematically, it looks a lot like the relationship between velocity, position and time.

The units of acceleration are the unit of velocity divided by the unit of time, most commonly it is the m/s/s or the m/s^2.

A d vs. t graph for an object that is accelerating uniformly has a very distinct shape. It will be a curve that gets steeper and steeper. It would look something like this: 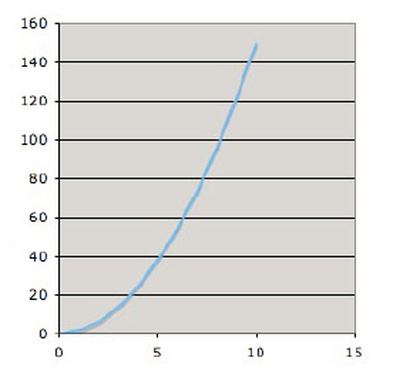 If the slope is taken from small sections of the graph, they keep getting steeper and steeper. The velocity gets greater and greater. It looks like this: 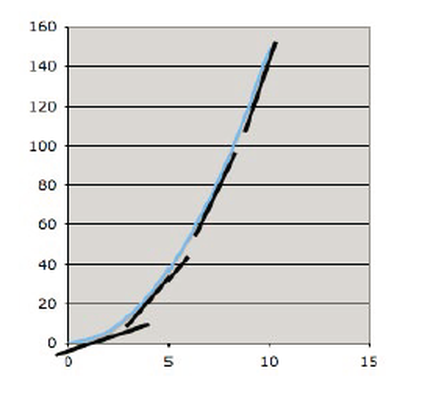 Look at these four position vs. time graphs and try to describe each of these objects’ motions.


Acceleration is where the difference between speed and velocity becomes im­portant. Acceleration is the rate of change of velocity. There are three ways that the velocity can be changed. An object can speed up or slow down. It can also change direction. When speeding up or slowing down, the magnitude of the velocity (the speed) changes. When turning, the speed can remain constant while just the direction changes.


There are three things that accelerate a car. The accelerator (gas pedal) speeds the car up, the brake slows it down, and the steering wheel changes its direction.

Here are some helpful derivations of the acceleration equation to use when problem solving: 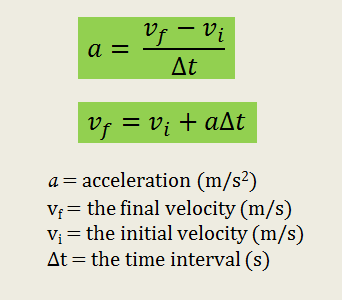