Tear a piece of paper in half. Each of the two pieces still has of all the intrinsic properties of the original piece. They each have the same density, the same burning point, and the same melting point. The paper will still react with the same chemicals as it did before. Take one of the halves and tear it in half again. Tear it again... and again...and again... Is there ever a time when the properties of the pieces of paper change? Is there one tear, no matter how small, when you no longer have paper? 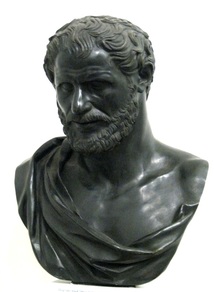 Democritus
This was a question that the Ancient Greeks reasoned. Democritus (~460-370 BC) taught that there was a point at which matter lost its original form. He taught that all matter was made of a few indivisible particles. These ATOMS “are absolutely full and incom­pressible, as they are without pores and entirely fill the space they occupy; and homogeneous, differing only in shape, arrangement, position, and magnitude”. The word atom comes from a Greek word, atomos, meaning indivisible.

Democritus went on to interpret the universe in atomic terms and came up with a number of suggestions that sound quite modern. However, it all rested on pure rea­soning. He could suggest no evidence of atoms other than “this is the way it must be”. 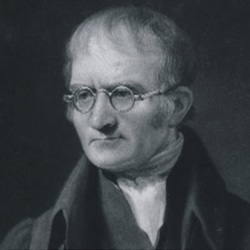 Dalton
In the early 1800’s, an English school teacher named John Dalton was working on how gases exert pressure. He eventually came up with the Law of Partial Pressures. One of the main concepts of this Law is that the particles that make up a gas (and all matter) are like small indivisible spheres. In deference to Democritus, Dalton called these smallest forms of a gas, atoms. Dalton’s atoms were kind of like billiard balls. They bounced off of each other without generating heat. They moved faster when they were hotter. They collided more often when there was more pressure on them. Although he gave them these properties, Dalton did not know what an atom looked like, how it was shaped or how big it really was. He did not know what would distinguish an oxygen atom from a carbon atom. 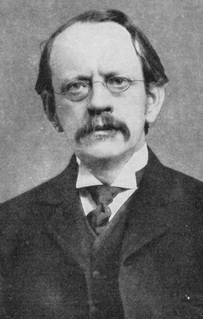 Thomson
In 1903, at the Cavendish Laboratories in England, J.J. Thomson was trying to determine what makes up an atom. By sending an electric charge across a vacuum tube, he discovered some interesting glowing particles. By sending them through electric fields he determined that these particles have a negative electric charge and that they were smaller than atoms. He called them ELECTRONS. Thomson’s model of the atom took on a new look compared to Dalton’s. Where Dalton pictured the atom as a small billiard ball, Thomson knew that smaller particles could come out of an atom. He described the atom as “plum pudding with raisins”. The plum pudding part is positively charged while the raisins are the negative electrons that can leave the atom. 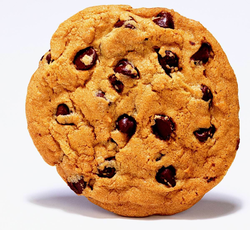 A more current analogy might be a chocolate chip cookie. The chips are the negatively charged electrons while the cookie is positively charged. People have experienced electric charges since the beginnings of civilization. They discovered that when something became charged, it either repelled or attracted other charged objects. Positive and nega­tive are just the two names to describe the property of charge. It was Benjamin Franklin in the 1760’s who gave them their names. He could have called them anything he wanted. He actually thought that later scientists would find better names for the charge.

What is important about the electric charge is that there are only two types. And those two types only follow two rules. Opposite charges will attract each other while charges that are alike, repel. Dalton was able to label the electron as negatively charged because it was repelled by negatively- charged things. It was also attracted by positively-charged things. He knew that it was a subatomic particle because an electric force accelerated it more than it did hydrogen. Hydrogen was determined to be the least massive atom. 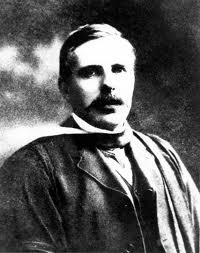 Rutherford
Thomson’s model of the atom explained a lot but the “chocolate chip cookie” model had some short-comings. Experiments showed that electron beams (cathode rays) could pass through small thickness­es of matter with essentially no interference. This suggested that the atom was not a cookie-like mass but was rather mostly empty space. In 1905, again at the Cavendish Labs, a physicist from New Zealand, Ernest Rutherford, made another important discovery concerning the configuration of the atom. Conclusions from Rutherford’s gold foil experiment supported the theory that the atom is mostly empty space.

What Rutherford did was ingenious. He set up an experiment that fired small, positively charged particles, called alpha (a) particles, through a very thin sheet of gold foil. The way that the particles interacted with the foil would help him determine the nature of atoms. If the alpha particles were stopped by the foil, this would support the “chocolate chip cookie” model. If they passed right through, this would support the “empty space” theory.

Gold Foil Experiment
To detect the alpha particles, Rutherford surrounded the gold foil with a phosphorescent screen that lit up whenever one of the positively charged particles hit it. His graduate students (Marsden and Geiger) had to conduct this experiment in complete darkness to be able to see the screen light up. When an alpha particle hits a phosphorescent screen, a small spot of light appears. Rutherford’s students had to try to count each spark.

Rutherford tested, retested, and pondered these results for the next five years. What could cause a small number of the positively charged alpha particles to deflect from their paths? How could this tie in with Thomson’s discovery of the electron? Finally, in 1911, Rutherford described his concept of a nuclear atom.
The Nuclear Atom 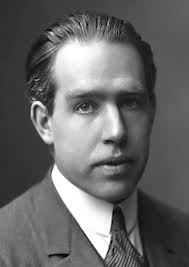 The Bohr Model
A Danish scientist named Niels Bohr worked at the Cavendish labs with Rutherford. He was interested in the patterns of light that elements made when they were given energy.  If you send white light through a prism you see all the colors that make up light: red, orange, yellow, green, blue and violet - a rainbow. It was discovered that the light an element gives off when it is put into a fire, or when an electric charge goes through its gas, is not a rainbow. The spectrum of light is made of individual colored lines. Some colors are not there. This is called an emission spectrum. It was also discovered that no two elements have the same spectrum. These lines act as fingerprints for the atoms. 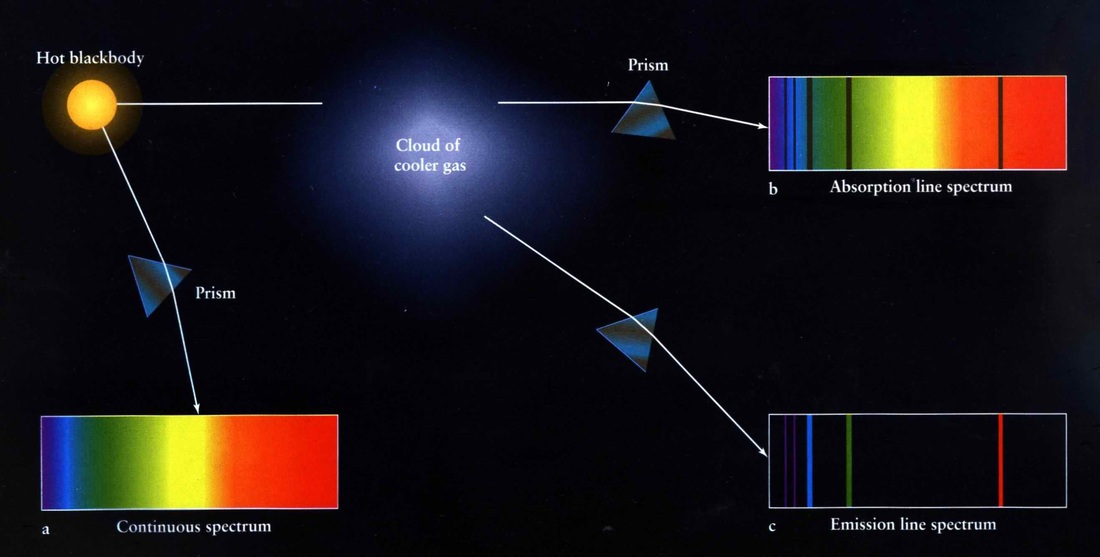 By the turn of the nineteenth century it was known that light is a type of energy. Different colors of light correspond to different amounts of energy. The patterns that Bohr and other scientists saw with the elements showed the energy that was given out. These spectral patterns gave Bohr the insight into how the electrons are set up around the nucleus of an atom.

Although we will not get into the mathematics of it in this book, what Bohr discovered is very important to know. He said that the specific lines in an element’s spectrum showed the energy the individual electrons released as they went from one distance away from the nucleus down to another. He stated that electrons exist only at specific energy levels or orbitals, kind of like planets around the sun- but not exactly. It is more like existing on the rungs on a ladder. An electron can be on any level, but it cannot exist between levels, just like a person can step on any rung of a ladder, but cannot stand between rungs. The higher up the ladder a person is, the more energy (gravitational potential) she has. The bigger the orbital the electron goes up, the more energy it loses when it comes back down. 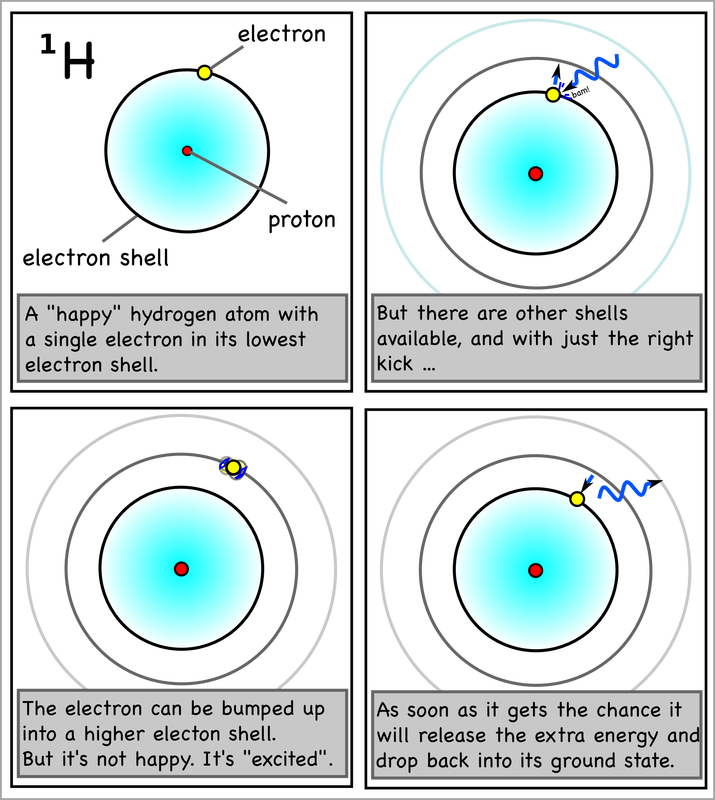 When an atom is given energy, the electrons absorb that energy and go up to a higher level. This is an unstable existence for the electrons and they will drop back down to the original level again. When an electron drops down, it gives off energy. The individual lines that one sees in an atomic spectrum are from the electrons dropping down. Bohr determined mathematically that there are seven energy levels as you go out from the nucleus. The first level can only hold two electrons. The second and third levels can hold eight electrons each. The fourth and fifth levels can hold eighteen electrons each. The sixth and seventh levels can each hold 32 electrons. A lower energy level has to be filled before an electron will stay in a higher level.  All the lines in an atom’s spectrum come from the transitions between levels. 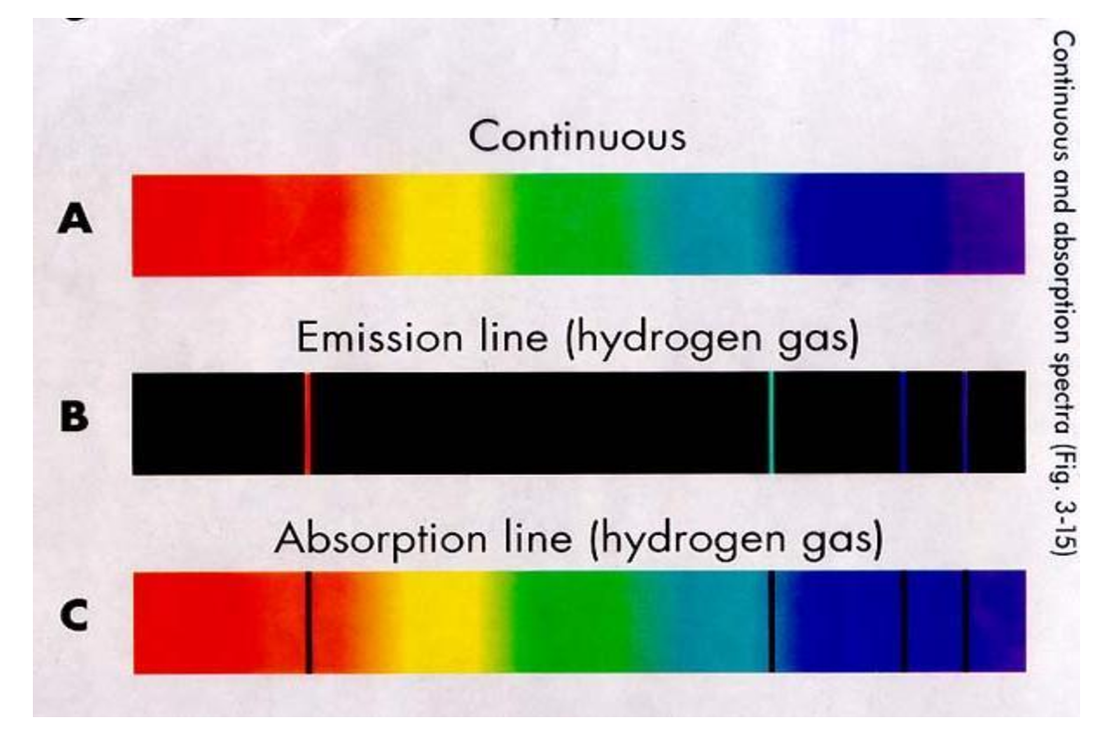 Graphic of the Bohr Model 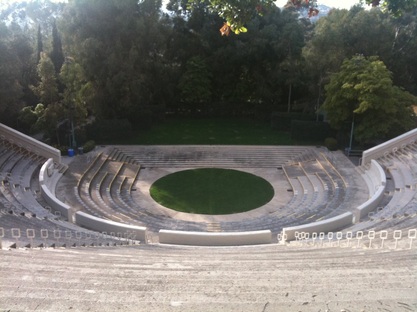 Like the seats in a stadium, the orbitals around a nucleus fill up with electrons on a first-come, first-served basis. There are two “seats” for electrons in the first or­bital. 8 in the second, 8 in the third, then 18, 18, 32, 32. Once a particular row is filled, we must seat any additional electrons in succeeding rows. When drawing a Bohr Model of a particular atom, one must first identify how many electrons the atom has and then “seat” them accordingly.

To properly draw the Bohr Model, one should list the number of Protons and Neutrons in the nucleus.  More on that later…

Is the Bohr Model correct?  Yes and no. It is a very useful model that helps explain many things that we observe happen in chemical reactions. It does eventually break down with some other observations. Just like all the atomic models before it, we use the model to help explain and predict what we see happening. We will use the Bohr Model in describing the atom because it is the simplest and most direct description of how we see atoms interact. 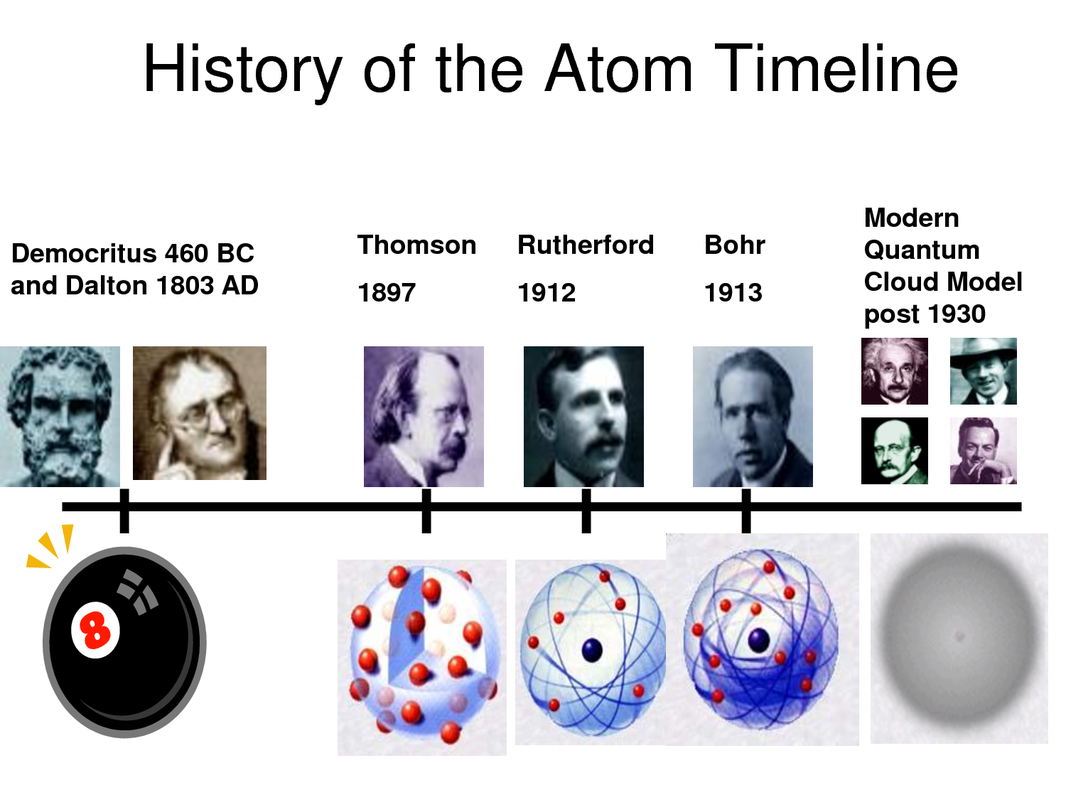